Am on the train home from Victoria with my head spinning with possibilities. The cause of which is an excellent and inspirational gathering of academics, NGO’s and teachers organised by Dan R-E of Action Aid. During the day 12 fifteen minute presentations were given from a broad cross section of the academic community, from Art to Psychology and the NEF to Feminism. The core theme was how education can tackle the issue of Climate Change from different perspectives. I hope that this will be the first post of a number based upon my thoughts and ideas.

This post is a raw idea and I’d welcome feedback – especially if it’s not particularly original!

The idea is based upon Ian Roberts’ (from the London School of Hygiene and Tropical Medicine) presentation about health and energy/climate change. He argued that by dealing with climate change by reducing carbon emissions there would be revolutionary, knock,on health benefits. He also argued that our dependence on fossil fuels leads to traffic deaths, unpleasant environments, higher average BMI and conflict over resources.

So, imagine a lesson:

This leads to a nice cross-curricular link with History ( I also think that a some post-apocalyptic imagery of Fallout 3 could be worked in here also!) all about rationing. 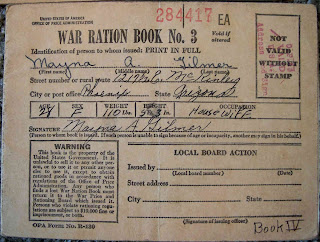 In a nutshell, pupils will create a ration book / system for a cleaner, greener world to get rid of the virus. Research the impacts of various activities that could reduce carbon emissions. For example, eating meat, using hot water, driving a car. The key message is how to get across to pupils that as well as individual change, there needs to be structural change where organisations, institutions and government encourage change. This introduces scenario where people are forced to change their lifestyles for the greater good, a change enforced by government.

Linked together with the Carbon Footprint Project this series of lessons would get over the message that:

Image by Flicr user freeparking and used under a Creative Commons Licence.

Developing the quality of GCSE case study answers. *no technology was harmed during this lesson.

Being able to answer case study questions correctly is vital if students are to succeed at GCSE.   This...

How to get the most out of your GCSE class

I love the recent emergence of collaborative presentations. Examples include, Neo-Geography in the classroom: how to use mobiles:...

A sense of Place – Thailand

Year 8 are exploring tourism issues in Thailand at the moment. sin inspiration from Ollie and the RGS...