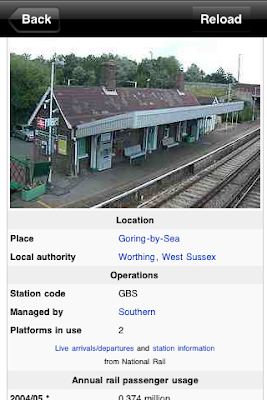 I try to get out with my son most days that I’m home. Yesterday, I tried out a few ideas with the Nearest Wiki App. I set out with a simple goal: discover something new about my local area. Having to push a 5 month old around simulated having a class of pupils! This activity would be suited to a group that had a ratio of 1 iPhone for a group of 3-4 young people. Of course, check that you follow your institutions off-site activity procedures. 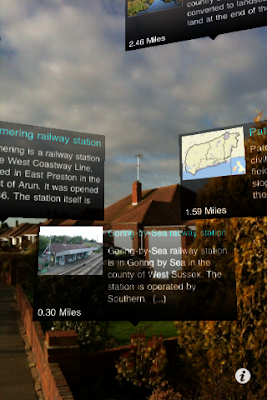 Near to my house, Goring-by-Sea train station was the closest Wikipedia entry available. 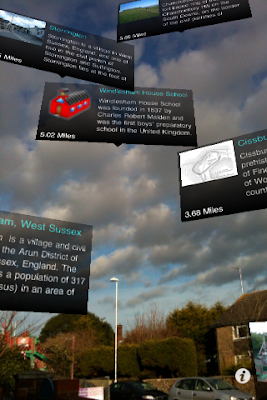 However, when I arrived, I didn’t find any worthwhile information! So, using Nearest Wiki again I looked for another location. The further away an entry is, the higher it will appear on the screen. This is handy when trying to plan how far to go. I decided to look at the entry for Goring-by-Sea village. On the way, I would pass other areas of interest and see if they were on the app. I found that many features did not appear. This may be a limitation of where I live, however entries were limited to train stations and general settlement posts. On further investigation, Wikipedia articles did exist for some of the features, but they hadn’t been geolocated. This would form a good activity for a group to undertake while walking around. 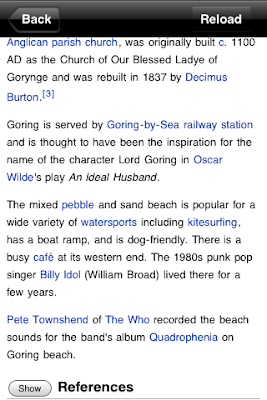 On arrival, I found that Goring beach was used to record sounds for the band’s album Quadrophenia. This turned into an activity, and I used the iPhone’s voice recorder to record the various sounds of the sea. I had met the aim of the bimble. At the point, this mainly consisted of my son’s angry cries – he wanted out of the pushchair! 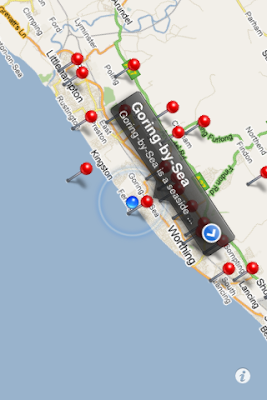 The feature most useful of the Nearest Wiki App, as it is easier to use than the camera view, is access when the iPhone is held horizontally. This switches to a map view, showing the location of Wikipedia articles.

This activity would have top be trailed before use, however, when I get back to Portsmouth I may venture up on to the roof to see what I can find out…

I enjoyed an Alpine start today thanks to my little boy. I found myself looking at this list...

After watching an episode of Click on the BBC news Channel, I was alerted to the Nearest Wiki...

What’s on your iPhone?

This post is going to be quite long! The iPhone has been around for a while now. I’m...